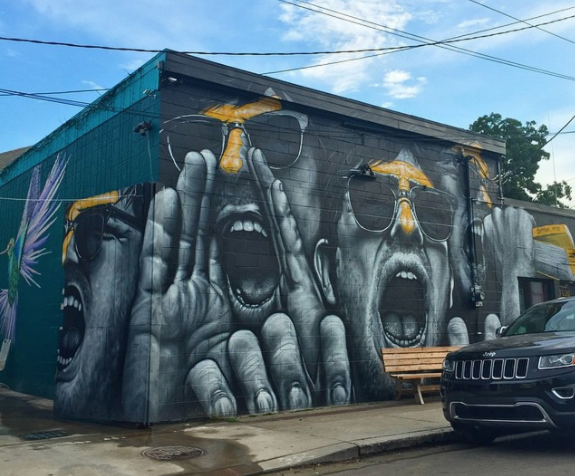 Berlin-based graffiti artist MTO painted this mural on the outside of the hip Freret Street music venue. 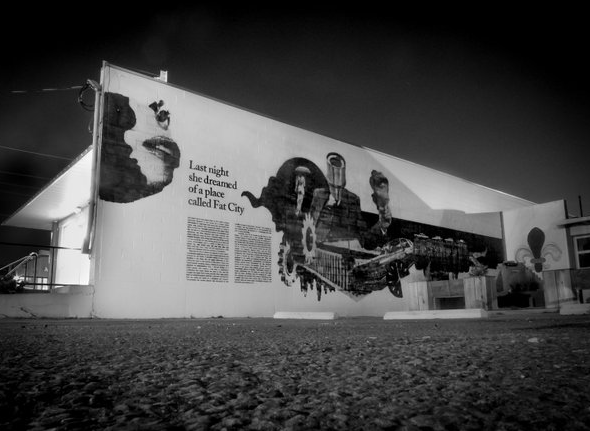 “She Dreamed of a Place Called Fat City”

She Dreamed of a Place Called Fat City, a mural in the Fat City neighborhood of metropolitan New Orleans, is intended as an exploration of site-specific storytelling in public space. The installation includes a surreal collage as well as a fable describing a woman’s search for meaning as both she and her neighborhood experience change. 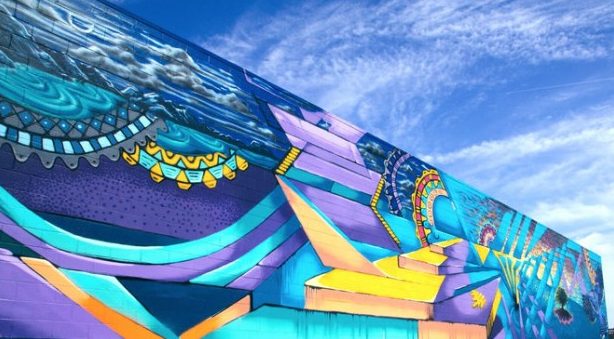 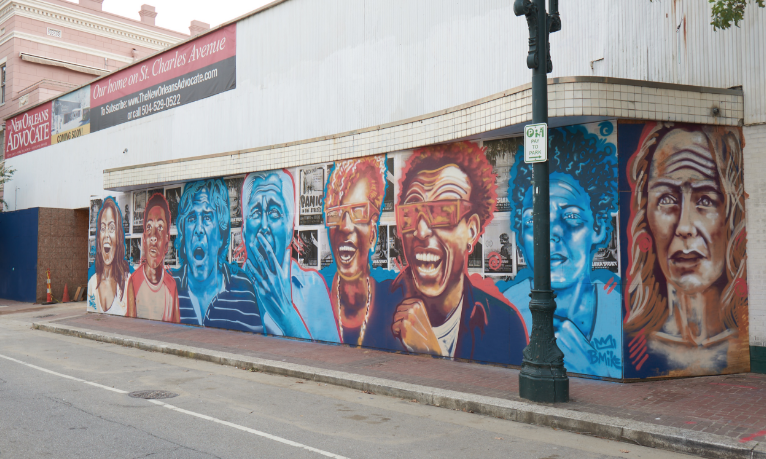 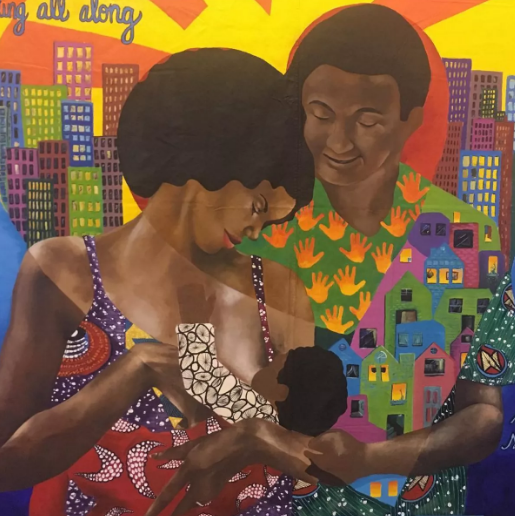 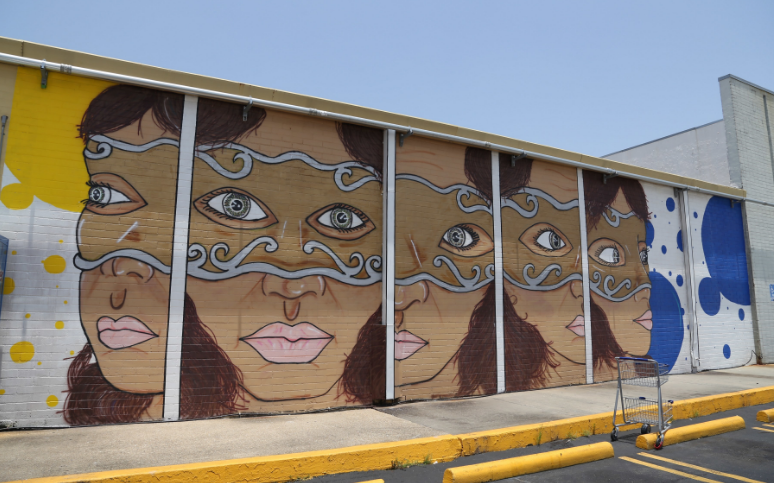 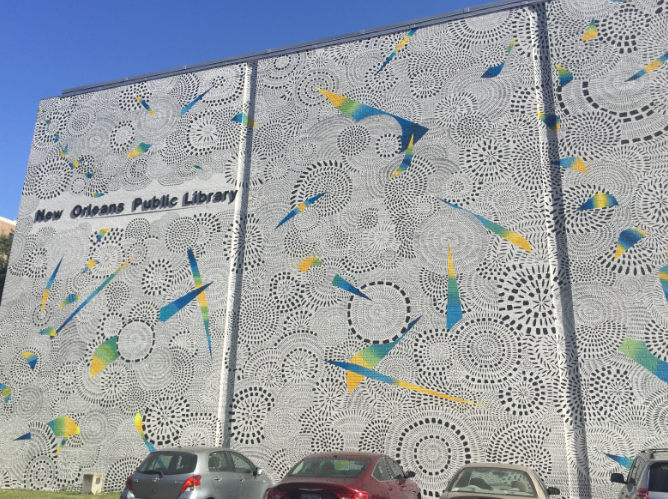